Extreme Metal Empire: Introduce yourself and state your role in Apophecy...

S.C.Land: My designation is S.C.Land, bassist and creative director for the metal trio of Apophecy.

EME: And who are the other members of Apophecy and what are their titles within the group?

SCL: I've enlisted talent from the dark regions of the frozen north; enchained percussionist Hodr Vanorden (can play anything he puts his hands on) and siren/ pianist Mia Raven (hauntingly astute ability to transcribe sound to music via piano) They are both associates in the project like me, we are all equal with different abilities.

SCL:  In H.P.Lovecraft's mythos; it's like the elder god Sharalyoth residing in the Nameless Mist while witnessing the outer god Tru'nembra for the first time.

EME: Who are some of your biggest influences?

SCL: Raging forth from youth I was enthralled with Iron Maiden, Deicide, Sepultura, Disciples of Power, Kreator, Cannibal Corpse, and so forth. But now I've disconnected myself and am inspired by those around me such as Haunt, Lurid Reign, Korpifjellet, Stephanie Harpe Experience, Miguel Ferrier, Bill Bourne and other local artists that get out there and forge their sounds into music to echo the darkness.

EME: What are your thoughts on the current state of extreme metal?

SCL: It's sink or swim time for metal as the current generation has been in a gestation of regurgitated vomit via twerking beliber auto tune worshipping daffodils with their pinky fingers raised as they micro-sip their Starbuck's cafe au late mctwist-a-chinos while wear glasses without the lens because it the fucking hipster thing do muthafuckers that are choking society with a lump of shit we so accurately call first world problems. Yeah, the torches of metal have long been extinguished and it's now up to the vigilant few to set that fire ablaze once more. Because right now, it's needed more than ever.

EME: Discuss the origins of Apophecy and the meaning of the name...

SCL: A long time ago I had dream; I was in ancient Egypt in a temple that worshipped the sun. A cleric began telling about a prophecy that stated a fallen god-beast of darkness will return one day to battle the light. That Gods name is Apophis. Later on in years I discovered that in deep space there is a meteor of the same name that periodically fly's by Earth and if it would ever strike our planet we would be engulfed by darkness and perish. Thus the name Apophis and the word prophecy combined creates the project name Apophecy. As for the project origins... The galaxy somewhat aligned, 3 demonic musicians gathered. Here we are.

EME: It has been said that artists are often products of their environment. Is living in Edmonton in any way related to the aggressive yet calming sound within Apophecy?

SCL: Edmonton is a hidden gem. The people here fail to appreciate it because they see no value. But of all the places I have been none have the variety of artistic scenes, venues and festivals that this city has. The grass is not greener on the other side. It’s just more grass. I wish people would wake up. I would hate to have to hit them with a sledgehammer to make them realize how lucky we have it here.

EME: Describe the songwriting process. How does it all come together?

SCL: The demo recorded was all improvisional music that was recorded at that moment. Since then I have been quietly hidden away in darkness recording bass tracks to have drums added then piano and maybe some vocals. Occasionally I will mount a spiked cod piece and face hump a small furry 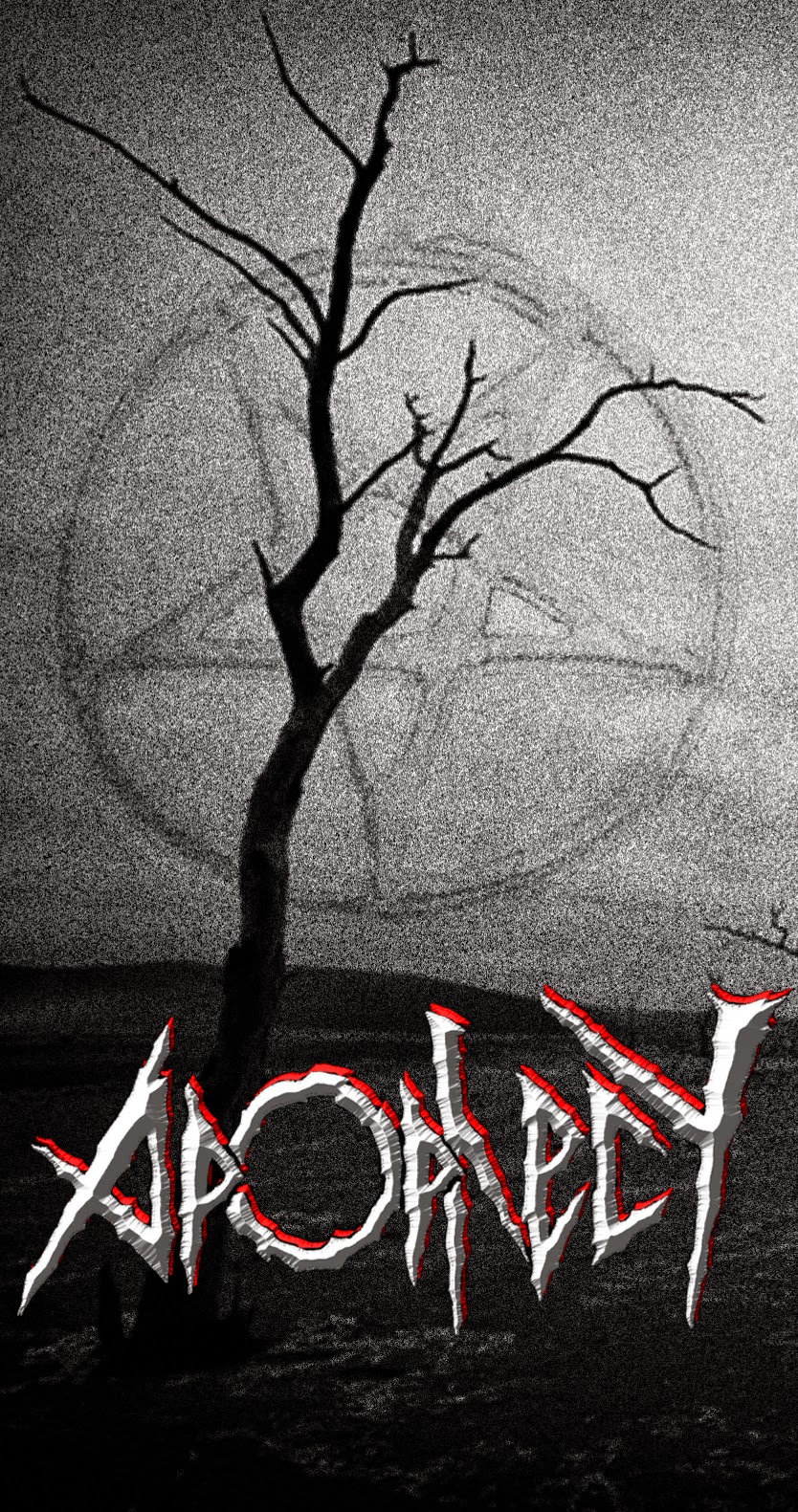 animal to death as an offering to the gods of chaos. Just to expunge myself of hipster cooties.

EME: Can one expect any similar rituals during a live Apophecy performance?

SCL: I may attempt to enlighten others....with fire. And music too. I usually just stand there motionless as I play

EME: But on fire, right?

SCL: But am working on being more alive on stage and thrashing around as I play. I start the support group next Monday...and yeah of course on fire.

SCL: Oh that person gave me a thumbs up once. I thought that was really cool.

EME: Thumbs up are usually a sign of "making it"

SCL: (gives interviewer a thumbs up)

EME: Tell us about a few of your songs you're most proud of and tell us a bit about them?

SCL: All song's on the demo were on the fly; distant darkness I enjoy because I was thinking of the life snuffing meteor that came close by a few years ago. Wet decay was recorded during a rain storm and thoughts of dead vikings sinking alongside destroyed ships in cold oceans. Implosions inside was a recording levels mistake but while playing it the song was epic and when we stopped we were all like "holy shit that was good" and then the playback was heartbreakingly cold. I'm most proud of” Implosions Inside” because of the experience.

EME: What are some of your interests other than music?

SCL: Interests I have many. Family, art, chess, reading interesting books, knives, killing small animals with massive amounts of explosive artillery, walking, and sitting in the dark alone. I also have an interest in ice cream sandwiches.

SCL: Draw a circle with your name spelled backwards in blood. Light a black candle chanting my name while putting a live chicken in a blender set to 11. Or... Check out band camp link haha

EME: Besides possible mass consumption of ice cream sandwiches, what does the future hold for Apophecy?

SCL: After a tragic loss of information storage that resulted in a complete loss of videos and songs I will be using old school pen and paper to rewrite songs for a February release. January holds a single show performance with Hodr Vanorden and myself in Edmonton on I believe the 17th for the B.E.A.M.S. event celebrating art and it's birthday.

EME: Thanks for you time. Any parting words?

SCL: From the darkness bleed truth and bless the light with fire. Rage on fearless and true \m/ 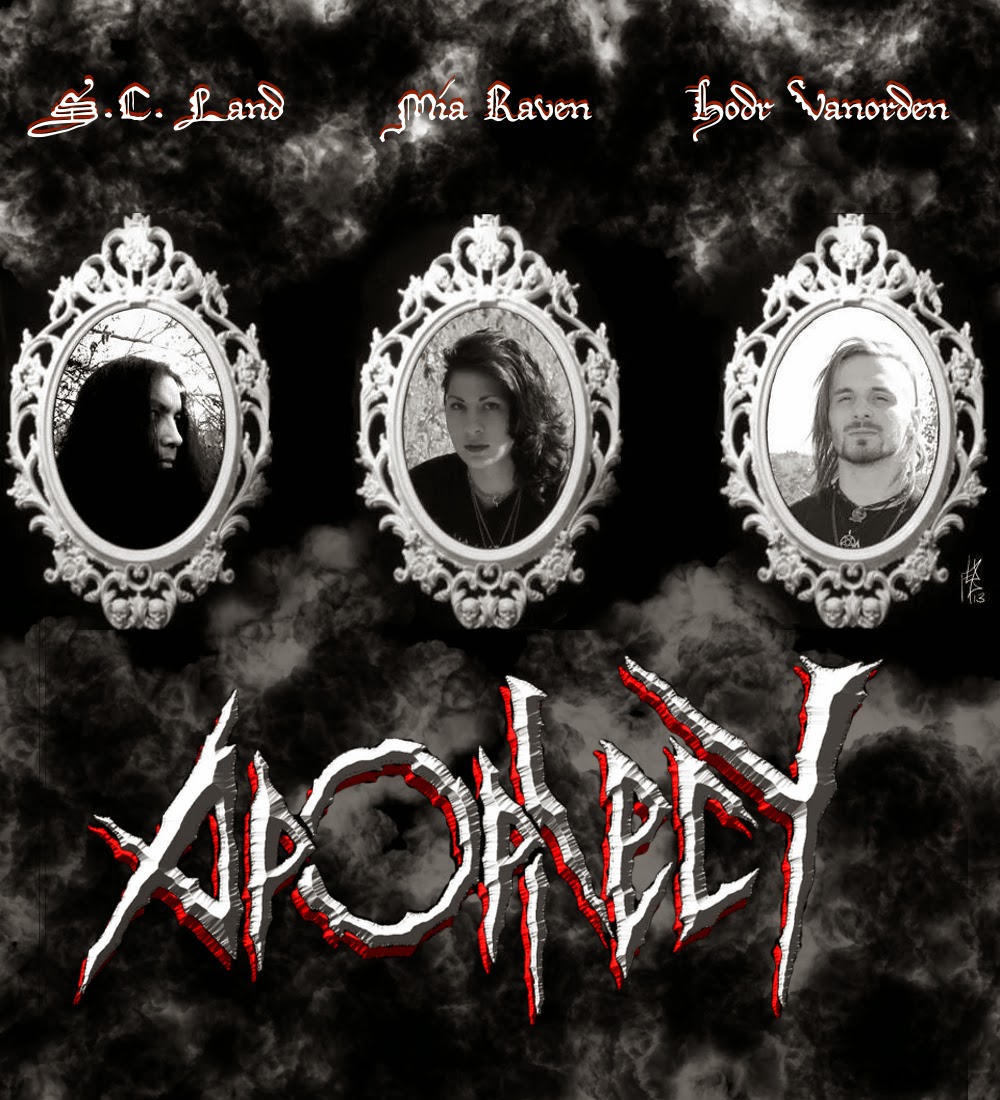