Extreme Metal Empire: Tell us your role in Lurid Reign...

Hodr Vanorden: I play all the instruments, guitar, bass, drums and vocals, as well as doing the recording and mixing and cover designs for all but one of my releases now.

HV: Lurid Reign is what I believe to be True Black Metal. I have been very influenced by the early 90's Norwegian scene where BM was in what I believe in its purest form. Back when you could sing about many different subjects including death,suicide, depression, chaos and nature and not have it divulged into a separate sub sub genre.

EME: Through one EP and two full length releases, Lurid Reign has gained somewhat of a cult following for staying true to a straight ahead black metal sound. Is it important to you to maintain that sound or do you forsee any changes to your sound for future releases?

HV: It is very important for me to stay true to myself and the songs that have been written and will be written are a direct affirmation of that. I have little to no formal training on any instrument that I play or the recording mixing aspect of Music. Everything is a learning experience and as I learn more, the sound may evolve into something more. Otherwise the only changes I foresee will be minor as I have acquired new equipment therefore modifying the sound slightly

EME: Discuss the initial ideas of forming Lurid Reign and the meaning of the name, Lurid Reign...

HV: Lurid Reign was initially formed just before my 18th birthday. I had to go on a trip to Newfoundland and i was just getting into Death Metal bands such as Gorelord, Kataklysm and Cannibal Corpse. I bought a few different metal magazines for something to read on the trip and further expand my knowledge of Death Metal. To my surprise there was a few articles about the early Black Metal scene in Norway and had a bunch of pictures from that time. I didn't even need to listen to the music before instantly becoming entranced in what these band members stood for and just how involved into their creation and beliefs they were. It immediately became a fascination to read about them and then when I came back, listening to their music was a complete revelation. 8 years later and I am still as fascinated if not more into this genre. To be honest at the time I was listening to a lot of Burzum / Darkthrone and was heavily fascinated about Vlad the Impaler and thought that was the direction I was going to take in writing lyrics. Kind of like the reincarnation of his Lurid Reign so thats how the name came about. After learning about how Burzum was a one-man band, I figured that I could do it all myself too because I think its a major personal achievement to not be limited to a single instrument.

EME: Which bands/artists have most influenced your sound?

HV: My biggest influence for sound would have to be Burzum's self titled and Darkthrone's Transylvanian Hunger. To me those are the paramount releases of this specific genre. Also, listening to Sargest and Horna. The way both of those bands riffs are composed played a heavy part into the sound I am ultimately going for.

EME: What are your thoughts on the current state of black metal?

HV: Beside a few bands that I am currently in contact with, I really have no interest in the current state of Black Metal. I feel it is becoming very over saturated and commercialized into something "cool and trendy" Everybody wants to wear corpse paint and say they are devil worshippers to sound bad ass and evil. The term "Black Metal" is turning into something fun and enjoyable and even laughable, which was never the intention upon its creation.

EME: Who are some current bands/artists that you listen to?


HV: Besides music coming from the Stillborn Twins Roster or other internet affiliations, I listen to a lot of Vintage Flesh / Absurd / Windir / Forgotten Woods / Sargeist / Horna / Woods of Infinity to name the very few off the top of my head.

EME: What has fan response been so far?

HV: Fan response has been incredible to say the least. While I was recording "An Ode to the Night, and Cold..." I founded Somberlife because I thought I was going to have to do it all in terms of promotion of myself. Almost instantly i was picked up by Stillborn Twins Records and they have done amazing work with promotion and support. Other then the few douchebag comments left by Keyboard Warriors with false account names, fan response has been amazing and way more then I ever expected. To this I am grateful.

EME: Let's talk about Somberlife, discuss what kind of music is featured on it and your goals for its future...

HV: Somberlife features Dark and obscure Music, as well as Black Metal and some of my personal favourites are released on the Bandcamp page. I have changed it from being a "Label" to being a Production and Manufacture business. I get a lot of enjoyment in the creation of tapes and Cd's and other things from the graphic design, printing, cutting and assembly of them. After a year of not really knowing what to do with Somberlife, this is what I believe to be the future of it.

EME: Getting back to Lurid Reign now, name a few of your songs that you're most proud of and tell a little bit about them... 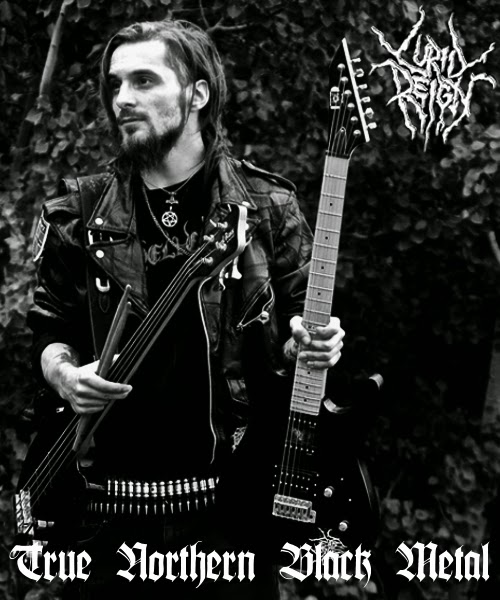 HV: "Father(Less)" i feel is my most personal song, "Storms From the North" is the first song I ever composed in Black Metal but I think the majority of the songs that I am most proud of comes from "Omniscient in the Realm of Despair" from the title track to "Escape In Silence" and "Awakening From Inside" really show my growing talents and abilities as a multi-instrumentalist. "Beyond the Woods" and "Expulsions of Extermination" from my latest split with Unsung and Haunt are examples of this too. I'm also really proud of what is going to be coming out on the upcoming Impaled Martyr split after I make a few modifications. There is a bunch of songs that are held in limbo that need to have lyrics written for them but ultimately I feel that they are an evolution into the sound I am going for.

EME: Do you/have you played live under this moniker and do you have any aspirations to make Lurid Reign a full band?

HV: So far I have not played live with Lurid Reign but I have no intention of creating a "full band". My goal is if i do play live, do it with Stevil Haunt as my drummer because I feel he is an incredible musician and would be able to assist me in this direction better then anybody else possibly could.

EME: Do you feel digital releases and downloading music is hurting or helping the underground scene?

HV: I feel that digital releases and downloads do there part in helping the underground get noticed more in terms of sharing and distribution but ultimatley i think it a double edged sword. When people download music for free all the time, they tend to believe physical copies and merch should also be free. This being said, in a way I believe it is undervaluing what we are all trying to do and making it harder to see a return from all that we output. It does give us the the ability to reach a broader spectrum of audience, but it can be draining to be continually sending out merch with little to no return.

EME: Do you have any other projects other than Lurid Reign?

HV: I am currently involved as being the guitarist of Aphotic Numen along with Stevil Haunt on drums Mia Raven as Piano/vocals and S.C.Land as Bassist. I also have and will be playing drums for Deathymn's upcoming releases and I play drums for S.C.Land's project named Apophecy.

HV: Hiking in the mountains and exploring Norway. I also enjoy reading

HV: You can find my music digitally on Bandcamp, the Stillborn Twins archive page as well as some of it on TornFlesh's and then lots of it is strewn around Youtube. If you are looking for a physical copy, you can either contact me personally or Depressive Illusions has my current discography on their CD-R marketplace(See links at end of interview).

EME: What does the future hold for Lurid Reign?

HV: A lot of upcoming releases, I have the very highly anticipated split with fellow black metal kings, Impaled Martyr as well as another 3 song EP in the works just need Vocals and then currently I am recording the next Full length hopefully to feature 11 songs of what I feel is my best instrumental work yet. Like i mentioned before I would like to play live with Stevil and i have a 13 track setlist but that is still in the early works of practicing and nailing it all down. 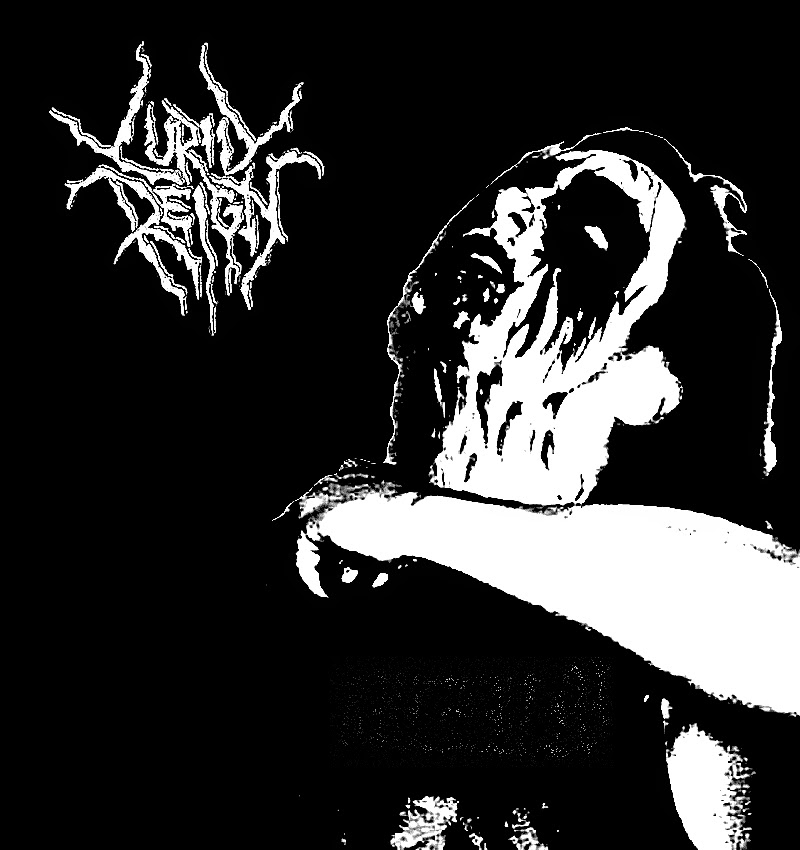