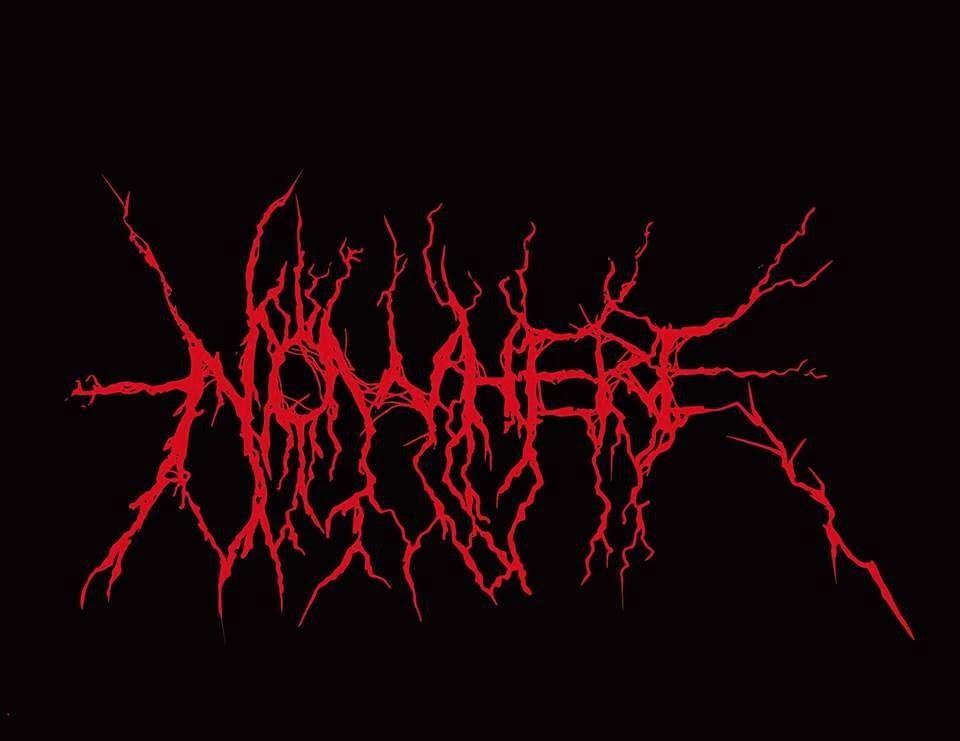 Extreme Metal Empire: Introduce yourself and state your role in Nowhere...

Patrick Robinson: My name is Patrick and I am the vocalist, guitarist, drum programmer, producer and core song writer for Nowhere.

EME: Who are the other members of Nowhere...

PR: Robert Graham, he and I go back 14 plus years. He is Nowhere's live drummer and my co-producer and Daniel Ashcraft, he is Nowhere's second guitarist and might I add, a DAMN fantastic one at that. We will be hearing from him very very soon.

PR: Nowhere, I would say has the raw DIY tone that makes black metal what it is while also have the intensity of death metal. Its different to say the least. Nowhere now is gravitating more towards black.

EME: Who would you say are some of your influences?

EME: Describe the Origins of Nowhere and the meaning of the name, Nowhere...

PR: Nowhere originally started between 2009 and 2010 with myself and my original bassist. The name came to me one day while I was at work and thought "Damn thats a killer name!" and relayed it back to him. He thought I was a joke at first and humored me with 1 song. After he heard my vocals, he knew. We wrote a killer 3 song demo after that that was wrote on a digital 4 track recorder. The name itself has its meaning from the video game Silent Hill. In the game, you'll see the world change to a sickening dimension, that place is called Nowhere.

EME: What are your thoughts on the current state of black/death metal?

PR: I can say in terms of both, there are some of the sub-genres that are leaving me with thoughts like "what hell am i listening too?" I'm not a fan of NSBM for example. Its not the music as its more the Nazism associated with it, but I really love Noctifer and a handful of songs by Burzum and others within that. But then there are bands within the sub-genres of death metal that I just can't stand. Now metal as a whole, that's a different story altogether. What music fans are considering "metal" is nothing more than trendy, poppy nonsense. Black metal, to me, is sounding much better musically than its ever sounded. Especially with what I'm hearing from us at SBT(Stillborn Twins Records) with guys like Haunt, Lurid Reign, Sycamore 3, and many others.

PR:Nowhere's older lyrical content was in Darwinian and Sun Tzu fashion: survival of the fittest, only the strong survive and dividing and conquering your enemy. Now Nowhere is going for an unusual approach lyrically, which after we get the demo album wrote will be easier to answer.

EME: Explain the songwriting process. How does it all come together?

PR: I usually start with lyrics. It aids with coming up with, not only a base rhythm, but it gives the song life. I'll write like 2 or 3 songs lyrically then write the riff arrangements and go from there until the song is ready for the mixing and production.

EME: What is the extreme metal scene like in Oklahoma City?

PR: Its pretty good to a degree. We have 3 really badass bands I can name that make up the OKC scene: Dischordia, Enfuneration and Xenothropic. If things pan out the way I want them too, Nowhere will be the first legit black metal band in this state. But for now those are THE three best in metal in OKC.

PR: We are hoping to be doing shows by fall 2015 or sooner. Right now we're treating it like a full time job, ensuring that everything is in sync and sounding show ready.

EME: What would you say distinguishes Nowhere's sound compared to other bands in the genre? 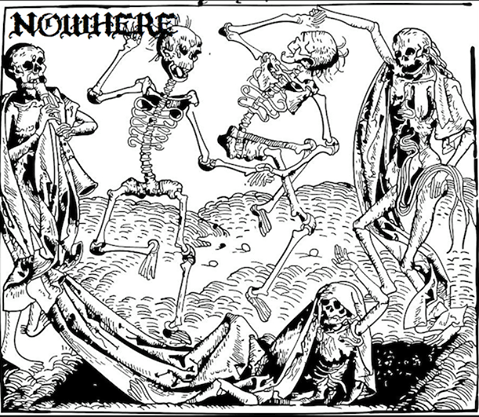 PR: Thats hard to say. My goal has always been to make Nowhere's sound as unique and different as possible. I borrow sound and riff styles from major artists in the genres to gather my ideas. I think doing that aids in the uniqueness. Originality is my big thing I try to shoot for.

EME: What has fan response been thus far?

PR: Honestly, I'm surprised. It amazes me what peoples reactions has been to Nowhere. I love it.

EME: Name a few of your songs you're most proud of and tell us a bit about them...

PR: The ones I am most proud of are Plague Upon Thy World, The Engineer, Only The Strong, Doomsday and our new one Nightmare Hall. Plague was my first near professional recording. That one is my baby. The Engineer I love the solo I wrote for it. Both of those are stories about war and survival with inevitable death looming. Only The Strong is my Darwinian example of survival of the fittest during battle. I was heavily influenced by The Black Dahlia Murder when I was in the writing stages of it. Doomsday was wrote just off the top of my head lol. But Nightmare Hall has a real story behind it. Of all of the works I wrote, this one is the only one I have written that that has a legit story theme with it and is the beginning of the concept behind the new album.

PR: I do. I have my project called Pandemic which is solely a one man thrash/death project

PR: I'm a huge pro-wrestling fan, I am a fan of horror, sci-fi, zombie, super hero and comedy movies. I read a lot. And other than that, spending time with my family, work and school.

PR: They can stream it on our reverbnation and facebook pages or they can download it for free from the SBT archive.org pages for now. You can also view our music videos on reverb or YouTube as well.

EME: What does the future hold for Nowhere?

PR: Im hoping for our future to be a good one. Right now, I'm only focusing on the present. I'm a
"whatever happens, happens" type guy. If we get to do festival shows, fuck yea. If not, meh, theres always next year. We'll bust our asses and get to that point eventually. Its baby steps right now

PR: Not a problem. It was a pleasure. For all the guys on SBT, thank you for your support. You guys are a badass collection of musicians. Stay true to who you all are and what you all do. That's a good thing. I have a tremendous amount of faith in what we are doing. I think this new album is going to bring a mass amount of new fans (hopefully lol). For everyone who has supported Nowhere from day one, this really is only the beginning... Stay metal my friends \,,/ 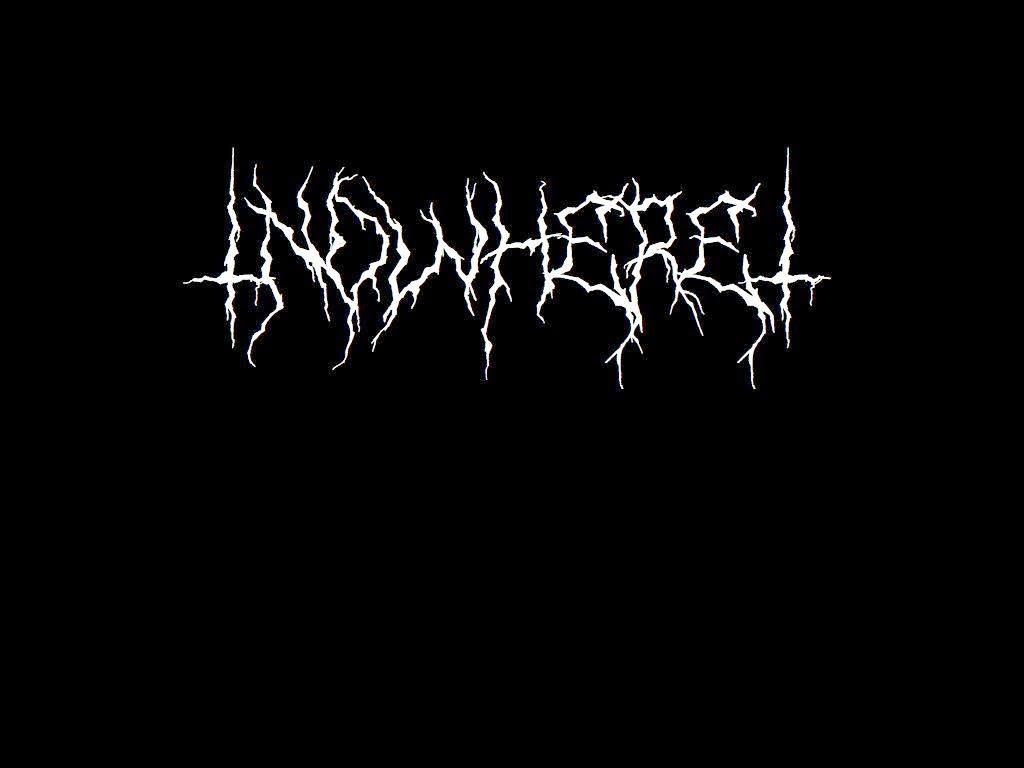