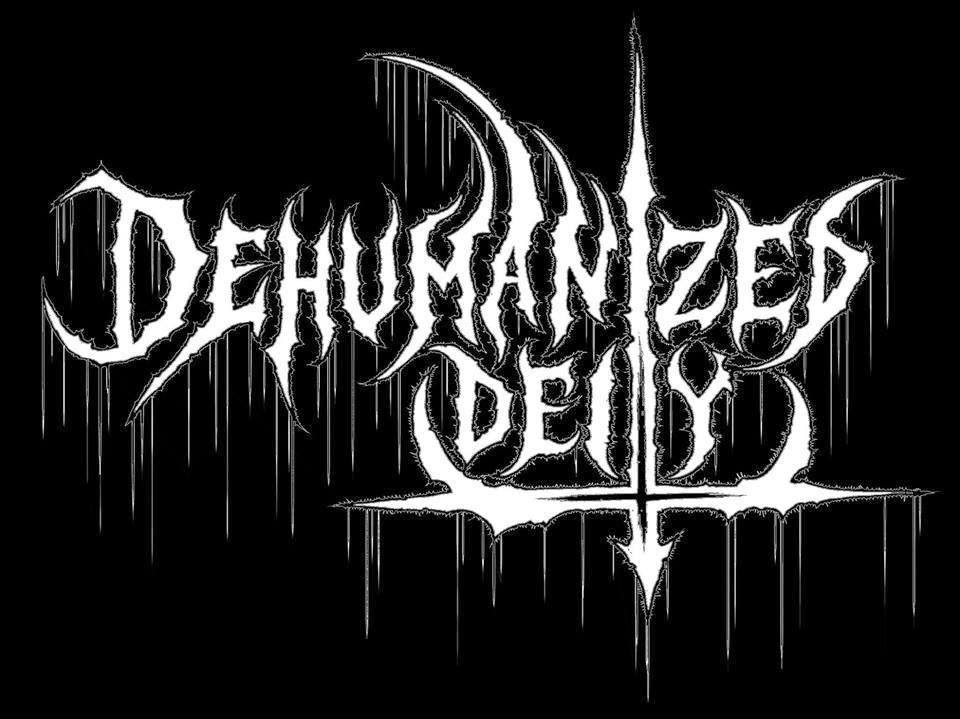 EXTREME METAL EMPIRE's interview with a relative newcomer that has taken the underground scene by storm, Rhett of Dehumanized Deity

EME: Introduce yourself and state your role in Dehumanized Deity...

Rhett Anderson: My name is Rhett Anderson and I play all instruments as well as vocals and do all production and mixing myself.

RA: My sound is mainly old school death/black metal with plenty of other influences thrown in. But I try to be as unique as I possibly can. Very heavy, dark, brutal music that I pour all of my anger and hatred into. Not for the faint of heart or those seeking happy, hopeful music.

EME: How did this project come about and discuss the origin of the name, Dehumanized Deity?

RA: It all started in the summer of 2013. I decided to start playing music again after taking a long break and was immediately inspired to start writing music. I wanted my music to be heavy and dark because I was in a dark place at the time and I wanted my music to reflect that. An outlet if you will. The name was tossed around between me and a friend as I had a few other names in mind. This one stuck out because of the different meanings. One meaning refers to the mythical god and how if he existed (which of course I believe he doesn't) he has separated himself from human life and cares nothing about our struggles. The second meaning refers to us as humans and how we are devoid of any humanity. We are all dehumanized deities.

EME: How do you feel about the current state of black/death metal?

RA: Among newer bands I have very few favourites. There are some great artists in the underground that are a part of the Stillborn Twins Records roster and some one man black metal bands like Leviathan and Xasthur and I do enjoy a few newer bands like Aborted and Gojira but for the most part the current bands I enjoy are ones that have been around for years and are still putting out quality music. Cannibal Corpse, Behemoth, Bloodbath, Old Man's Child, Triptykon, Obituary, Darkthrone (though they are more heavy metal/crust punk than anything these days), 1349, etc.

EME: What is some of the lyrical content of Dehumanized Deity?

RA: A lot of songs are based on stories that I come up with. I like to think of a concept and then write a song based on that. For example, The Spirit of Vengeance is about a woman who is labeled as a whore by her small village who then decide to execute her for her "crimes". She sides with the devil in the afterlife who promises her she can have her revenge on them in exchange for her soul. I also write about war, death, social commentary, and human behaviour.

EME: What is your process for songwriting?

RA: It all starts with the riffs. When I sit down to jam or come up with new ideas I will record snippets of songs or riffs that I think are good and will save them for later use. I write a lot of lyrics at work or on a trip or whenever I feel inspired and usually I will just work to find places for the riffs and lyrics to go together. Once I have the basic structure of some songs I will take them a song at a time and piece things together until they are completed.

EME: Recently, you released your debut album, "Forever In Blood". What has fan response been so far?

RA: Mostly everything I've heard has been very positive. I still have a long way to go in terms of musical ability and recording and such but the support has been amazing and I couldn't be more thankful.

EME: Are there any plans on making Dehumanized Deity a full band and do live shows?

RA: Not at this time. There isn't a very large amount of musicians in the small town where I live so it would be pretty hard to get that going. At the moment my passion is with writing and recording and producing music. But never say never.

EME: What are some current bands that you listen to? 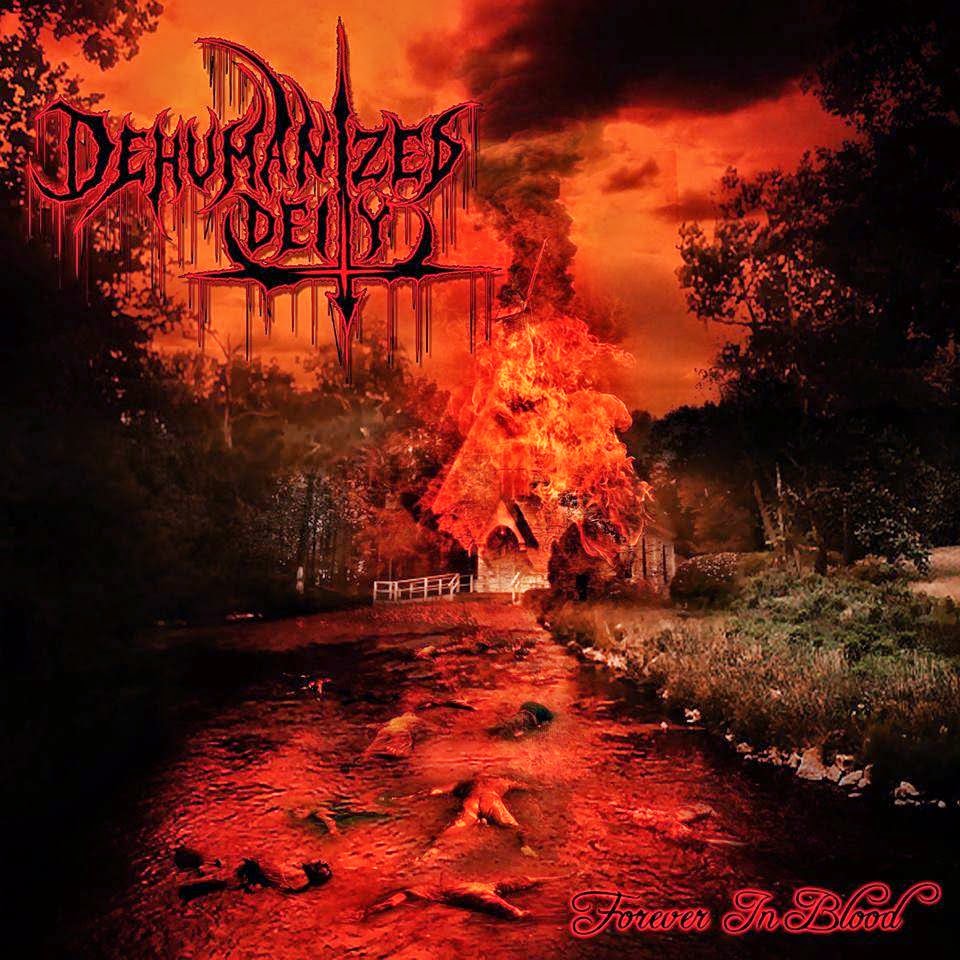 RA: I absolutely love the new Triptykon album. Tom Warrior is a fucking genius and his latest album reminds me of something I strive for. Originality, not getting boxed into one genre, extreme, atmospheric. Some other new bands I enjoy are Aborted, The Black Dahlia Murder, Wolves in the Throne Room, Cattle Decapitation, Behemoth. I like bands that have original and unique sounds within the extreme metal genres.

EME: It is said often that artists are a product of their environment. Is coming from a small town in any relation to the angry sound of Dehumanized Deity?

RA: Most definitely. Extreme metal music is something that is misunderstood and vastly unappreciated in the town where I live. Having long hair and walking around with an Emperor shirt on gets me some stares and cat calls simply because it's something they're not entirely used to. I think the angry sound of Dehumanized Deity comes mostly from the fact that I feel suppressed and alone a lot of times in my beliefs and in my interests. There is just not a lot of acceptance towards certain kinds of people here and music is a way to vent frustrations.

EME: What do you think distinguishes Dehumanized Deity from other bands?

RA: I think a lot of it starts with the fact that I have never learned a cover song in my life. I have never learned anyone else's music to enhance my skills. Since day one it has been my own original songwriting so I think that really helped to develop my own style and make it unique to other bands. Also lyrically I approach things differently than most bands. Yes, my songs are about darkness and evil and those are not new subjects when it comes to metal but I go about them in a different way. I look at those subjects personally and use experiences from my own life or my own viewpoint on things. I also try to be unique with my vocals. There is plenty of growling and screaming but I don't try to emulate anyone. I try to find my own voice.

EME: Name a few of your songs that you're most proud of and tell us a little bit about them...

RA: A Fine Line Between Mayhem and Murder is a song I am very proud of. It's a concept I thought of one day that centres around a young teenage boy and his friends who find a secret place where they can go and hang out away from the world and their parents eyes. But when the boy drowns his friends become worried they will be charged with murder so they decide to bury him and keep the secret. Another is The Darkness of Man which is about the horrible atrocities that humans do to each other. Killing each other over money and power. Darkness Divine is about depression and sadness and reaching out to the darkness and finding that in darkness one can finally find peace and tranquillity.

RA: No other projects on the horizon right now. I feel with Dehumanized Deity I can do practically anything. I have the freedom to do heavy, brutal music and also evil, atmospheric music and pretty much anything else I wanna do. My heart and passion lies within dark, extreme music and I feel I have a lot of room for experimentation within Dehumanized Deity.

RA: My music can be found on the Stillborn Twins Records archives, I have a Bandcamp and a Soundcloud page and a Facebook page. My debut album is available for free download or streaming on all these sites.

EME: What does the future hold for Dehumanized Deity?

RA: My goal is to continue to push the boundaries of my musical abilities and songwriting skills. I feel I have so much more to give and I will continue to work my ass off to improve and become better in all areas. I have 7 of 10 songs completed for my second full length album Project Genocide which I am very excited to unleash on the world. I think it's my best material yet!

RA: I would like to give a huge thanks to Stillborn Twins Records for believing in me and their constant support and promotion of my music. Stevil Haunt and Hodr Vanorden especially have been great friends and have given me great advice as I am very new to all of this. I am very appreciative of them. I would also like to give a big shout out to all of the other artists on the SBT roster. They are some of the most talented and dedicated artists I have come across in the underground. In closing I just want to thank everyone for their support and to announce that Project Genocide will be dropping very, very soon!! 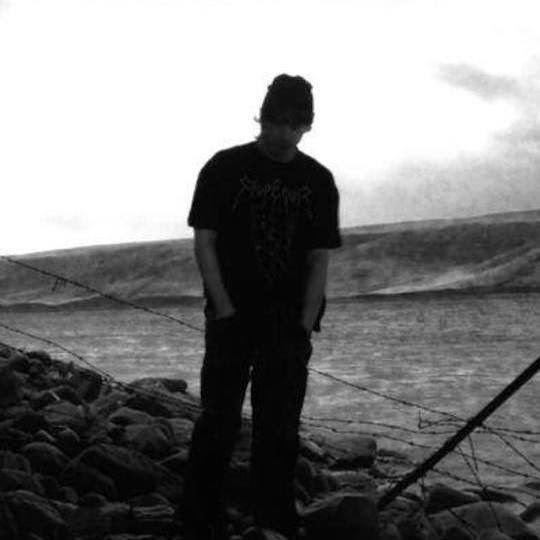